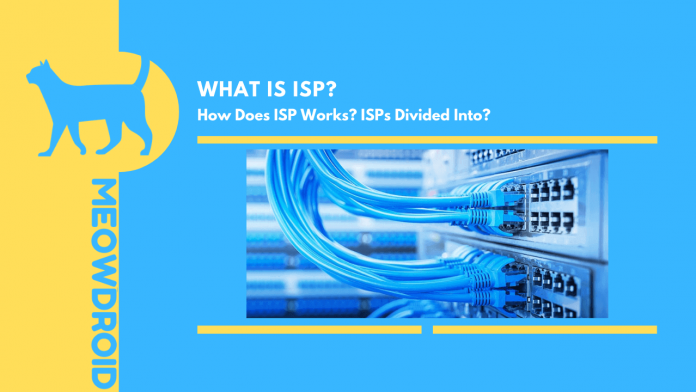 Internet service providers (ISPs) are companies that provide Internet access to customers. ISPs can be either wired or wireless, and offer a variety of services, including broadband, home phone, and satellite. The majority of ISPs are private companies, though a few are public utilities. ISPs compete for customers by offering lower prices, better service, and more options.

Introduction: What is an ISP?

ISPs are the backbone of the internet. They provide the physical and technical infrastructure that connects people to the rest of the world and enable websites and other online services to work. ISPs can also offer a variety of other services, such as telephony, television, and broadband Internet access.

ISPs typically have multiple networks that they can use to deliver their services. They can also offer their own branded services that compete with those offered by other ISPs. In many cases, an ISP will also act as a content delivery network (CDN), helping websiteserservecontentacrossmultipleservers.

There are a few different types of ISPs, each with its own pros and cons.

Broadband providers offer high-speed Internet access through cable, phone lines, or satellite. They are the most common type of ISP and offer the widest range of services.

Wireless providers offer Internet access through cell phones and other wireless devices. They are popular among people who travel frequently and want to stay connected without having to worry about their network coverage.

Packet-based ISPs offer broadband over the Internet using a protocol called TCP/IP. This allows them to connect to networks in almost any location, making them good for homes and businesses that need access to a wide range of sites.

Virtual Private Networks (VPNs) encrypt your traffic and send it through a remote server, making it appear as if you’re located in the desired location.

The history of ISPs is a long and varied one, with the industry constantly evolving to keep up with the ever-changing needs of its customers. ISPs have come a long way since their early days as dial-up providers, and today they offer a wealth of services that would be difficult to imagine without them. In this article, we’ll take a look at some key milestones in ISP history and how they’ve shaped the industry as it exists today.

The first ISPs emerged in the late 1980s and early 1990s, when computer users began migrating from dedicated terminals to personal computers. At the time, there were few options for online access, aside from private networks operated by businesses or universities. As demand for online services grew, these early ISPs started offering dial-up Internet access as well as custom software that allowed customers to access the Internet directly from their PCs.

Internet services providers (ISPs) play a vital role in today’s society by providing essential broadband and telecommunications services to subscribers. ISPs offer their customers an array of benefits, including reliability, security, speed, and convenience. In addition, ISPs are responsible for maintaining the integrity of the internet infrastructure, which is critical for the smooth functioning of online commerce. Finally, ISPs help promote innovation by supporting new technologies and businesses.

There are a number of risks associated with ISPs. These include the risks of being hacked, having your data stolen, and having your ISP go out of business. ISPs also pose a number of privacy risks because they have access to a great deal of personal information. Additionally, ISPs can charge high prices for services that are not very good in comparison to other options available.

ISP provides a great way to get online. Especially for those who cannot afford or do not have access to a personal computer. It is a great option for those who want to stay connected and be able to work from anywhere. ISP is also a great way to connect with friends and family who are also online. ISP is an affordable and reliable way to get online, and it can be used by anyone.

How Digital Marketing Can Improve Your Reach And Sales In 2023?